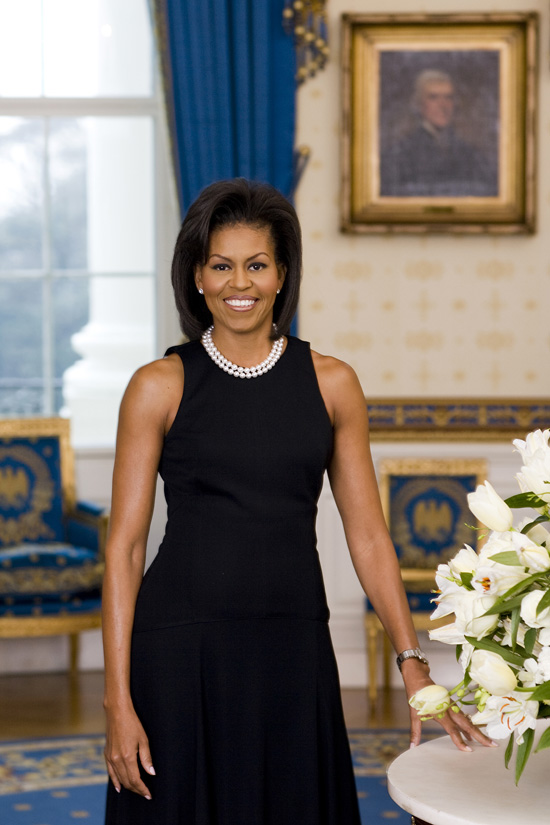 I didn’t need Fuller to figure out that a woman who bares her arms isn’t just showing off her well-toned biceps and shoulders; she’s indicating her willingness to work, even if the dress in question is an evening gown. And you have to have a little muscle on your bones to help out. Size 0s need not apply!

I also find it interesting that Mrs. Obama hails from the great city of Chicago, which Walt Whitman christened the “City of Big Shoulders.”

On another fashion matter, I recently read a piece about the First Lady’s dazzling selection of flat shoes. No doubt the Capricorn wears them so she doesn’t appear taller than her Leo husband.

How retro, you say? Any Goat worth her salt will tell you that flats are more comfortable when you’re climbing the mountain than heels.

Check out the double-pearls and the black dress in the official White House portrait above. How Capricorn can you get?